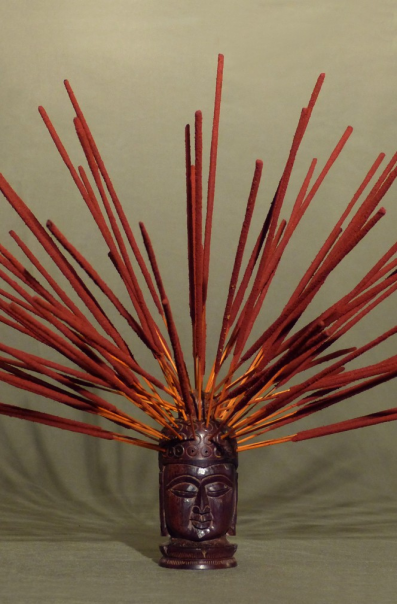 Pakiza natural incense of flours to flowers rolled by hand :

Extracted from the tree skin of a variety of Hibiscus, the " Black Musk " has a renowned strong scent, he allows the opening, the strengthening and is Aphrodisiac.

Natural incences of flours to flowers rolled by hand, with a honey touch :